Following a meeting held last night we are pleased to announce the reopening of the Watery Lane observatory.
We will reopen to members and visitors on Thursday 12th August from 19.30pm.

Some precautions and rules will be applied:

Please note, due to short notice cancellations of 2 speakers for our 2017 August meeting, the AGM will be followed by:

Please also note, the AGM will start at 7.00pm sharp

Tonight looks likely to be the first really clear Thursday night for a good few weeks.

The observatory will be open from 8pm and I look forward to getting a few ‘scopes outside and welcoming a few visitors.

Wrap up warm and please bring a small torch to light the way across the field to the observatory.

As this will probably be the last blog post of 2016:
Happy New Year to all VAS members and to astronomers everywhere. We wish you clear skies in 2017.

Please note, our 2016 March Monthly Meeting will be held at Newchurch Pavilion (next to the observatory in Watery Lane, Newchurch).

As it is Good Friday, the Parish Centre is being used on the 25th of March.

The talk is titled “Death From Space” and our speaker is Ninian Boyle.

For those who haven’t visited the observatory, the nearest postcode is PO36 0LX and there is a map here.

Regulars at the observatory will have seen a fair few photos from Simon Plumley. There is no doubt that his views of planets and nebulae are among, if not the best taken by anyone on the Island. Tonight Simon showed a photo of something he openly admits he had previously hated, that thing being the moon.

Well, I’ll let you judge, but I think that this is one of his very best.

It is with great sadness that I report the passing of John Wilson Smith MBE.

A celebration of John’s life will be held at the Pavilion (next to the observatory), on January 24th at 11am, followed by a family only interment at Springwood Cemetery 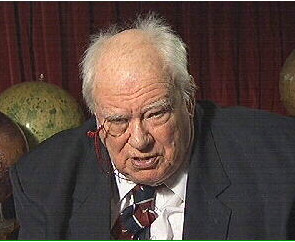 By brian on January 21, 2010 in Bereavements, Isle of Wight, Members, News 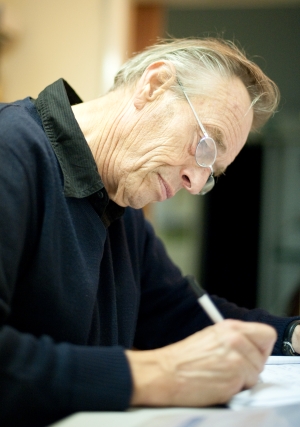 It is with deep sadness that Vectis Astronomical Society announces the death of  long-serving member and Observatory Director Roger Hayward.
Roger died at St Mary’s Hospital on 21st January. The Isle of Wight County Press obituary is available  here.

The funeral service will be held at St Blasius Church, Church Road, Shanklin on February 3rd. at 2pm, followed by a private service at the crematorium.